The United Arab Emirates jumped 23 places to reach 26th in the world with the gender equality report issued by the United Nations Development Program for 2019, and ranked first in the Arab world in this global annual report. Manal Bint Mohammed: “Mohammed bin Rashid set us a goal in 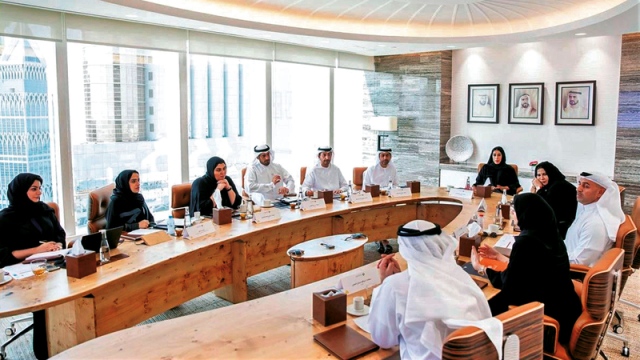 The United Arab Emirates jumped 23 places to 26th in the world with the United Nations Development Programme's 2019 Gender Equality Report, and ranked first in the Arab world in this global annual report.

Thus, the ranking of the country at the global level is one step away from achieving the national goal of reaching the list of the 25 best countries in the world with this indicator in 2021, and this global achievement was achieved within only four years of the establishment of the Emirates Council for Gender Balance, where it was ranked 49 Globally in 2015, His Highness Sheikh Mohammed bin Rashid Al Maktoum, Vice President and Prime Minister of the UAE and Ruler of Dubai, directed the establishment of the council as the first federal government agency of its kind in the world to promote gender balance, and His Highness set a goal for the council to work to raise the rank of the Emirates to be among the best 25 countries in the world year 2021.

The campus of His Highness Sheikh Mansour bin Zayed Al Nahyan, Deputy Prime Minister and Minister of Presidential Affairs, Her Highness Sheikha Manal Bint Mohammed bin Rashid Al Maktoum, President of the Emirates Council for Gender Balance, said that the UAE’s progress to this global arrangement in record time is the result of supporting rational leadership The file of gender balance as a national priority to strengthen the march in support of women since its foundation at the hands of the late father, Sheikh Zayed bin Sultan Al Nahyan, may God rest his soul, by launching many initiatives that establish balance in an institutional culture and a sustainable approach at all economic, social and political levels, and in The whole sector T areas, backed by legislation and laws and policies that translate into the State Constitution, which provides for the principle of equality and equal opportunities for everyone. Her Highness added that the initiatives of the rational leadership culminated in the directives of His Highness Sheikh Khalifa bin Zayed Al Nahyan, President of the State, to raise the representation of women in the Federal National Council to 50% of the number of members, and launch the Council of Ministers, headed by His Highness Sheikh Mohammed bin Rashid Al Maktoum, Deputy The President of the State, Prime Minister and Ruler of Dubai, a package of initiatives and policies in support of women and the establishment of balance in all areas, the Emirates Gender Balance Council has been tasked with implementing a number of them, in cooperation with the relevant authorities in the state, all of which have contributed to a qualitative shift in the file of gender balance.

Her Highness said: "We will work hard to achieve a rate that exceeds the target in the year 2021, especially with the positive energy that we derive from our wise leadership, and motivate us to launch specific initiatives in which we continue this accelerated path of work."

His Highness, President of the Emirates Council for Gender Balance stressed that this qualitative leap in the Emirates ranking in the report on gender equality, issued annually by the United Nations Development Program, is also due to the concerted efforts of all state institutions, and the joint coordination among them to bridge the gaps in the index, and their interaction is Limited with the goals of the Emirates Council for Gender Balance, and its keenness to implement policies and initiatives that establish balance in the work environment, in addition to joint cooperation in reviewing legislations and laws related to this file, and to submit proposals for new legislation to reduce the gender gap in all sectors Obedience, and men and women obtain equal services, praising the fruitful cooperation with the Federal Competitiveness and Statistics Authority to identify and overcome gaps, in coordination with the relevant authorities.

The Vice-President of the Emirates Council for Gender Balance, Mona Ghanem Al-Marri, expressed her pride in this qualitative leap that the UAE has achieved on the ladder of the international arrangement with the report on gender equality, praising the support and cooperation of all concerned authorities in the state, stressing the continuation of the intensive efforts during the coming period to enhance its position And the leadership of the UAE globally by completing work on the balance legislation package, and launching more initiatives aimed at moving this file to advanced levels.

Al-Marri said that the council has worked since its inception, within the framework of its competences and the assignments of the cabinet, to identify and study balance legislation in the country, to evaluate it and identify the strengths, weaknesses and gaps in each of them, and to develop an organized plan of action to study legislative solutions to fill the gaps in some of them, and to provide implementable suggestions In all fields, in cooperation with the relevant federal authorities, guided by the criteria of the gender balance index of the United Nations Development Program, and taking into account global best practices, he also launched specific projects and pioneering initiatives to consolidate the concept of balance and transform it into an institutional culture. This is the development and launch of the "Gender Balance Guide: Practical Steps for Institutions in the United Arab Emirates", in cooperation with the Organization for Economic Cooperation and Development, as the first guide of its kind in the world to support gender balance in the institutions of the government and private sectors, and this guide had positive effects, as it explains Measures and concrete steps that must be followed to implement the requirements of this balance, which are set according to the highest international standards, and in accordance with the local laws of the UAE. The General Director of the Federal Competitiveness and Statistics Authority, Abdullah Nasser Lootah, said: “We are very proud of the leap that the United Arab Emirates made in the gender equality report issued by the United Nations Development Program. This progress achieved in this important report came as a result of great efforts made by the partners of the authority The Federal Competitiveness and Statistics Authority from both the federal and local government agencies, specifically the Ministry of Health and Community Protection, and all local statistical centers in the country, where all teams from the various seven Emirates worked with the spirit of one team to provide limited data, numbers, and statistics Of, according to international standards set by the United Nations and in accordance with the schedule required, we are all working for one goal and to achieve one vision, is to uphold the name of the UAE in all the reports of global competitiveness indicators, and to become the state of the world's best by the year 2071 ».

The campus of His Highness Sheikh Mansour bin Zayed Al Nahyan, Deputy Prime Minister and Minister of Presidential Affairs, Her Highness Sheikha Manal bint Mohammed bin Rashid Al Maktoum, President of the Emirates Council for Gender Balance, praised the fruitful cooperation with the United Nations Development Program, within the strategy of the Council's work to strengthen its partnerships with Countries and international organizations and institutions with distinguished experience and experiences in promoting gender balance globally, noting Her Highness in this regard to cooperation in developing the gender balance index for the UAE, which was based on the standards of the United Nations Development Program and international best practices, and shares Ge for two consecutive sessions in the occurrence of a qualitative development of this vital file at the level of the federal authorities, a sign of Her Highness to circulate the index on the financial and banking sector this year, after its success at the federal government level, stressing that all these efforts would achieve the vision and aspirations of the rational leadership to be the UAE The best countries in the world in all fields, within the axes and targets of the UAE 2071 Centennial.

Her Highness pointed out that the Council launched several initiatives and projects during the past four years to upgrade the UAE’s position in the report on gender equality, and also worked on a package of balance legislation since the Council of Ministers’s assignments were issued to it in December of last year, which contributed significantly to bridging the gaps as a step An important task on the road to achieving the UAE’s list of the 25 best countries in the world with this global report by 2021, and making it a global model and reference for balance legislation in the region, a translation of our wise leadership’s vision, and the directives of His Highness Sheikh Mohammed bin Rashid Al Maktoum, Vice President, President Prime Minister and Ruler of Dubai. 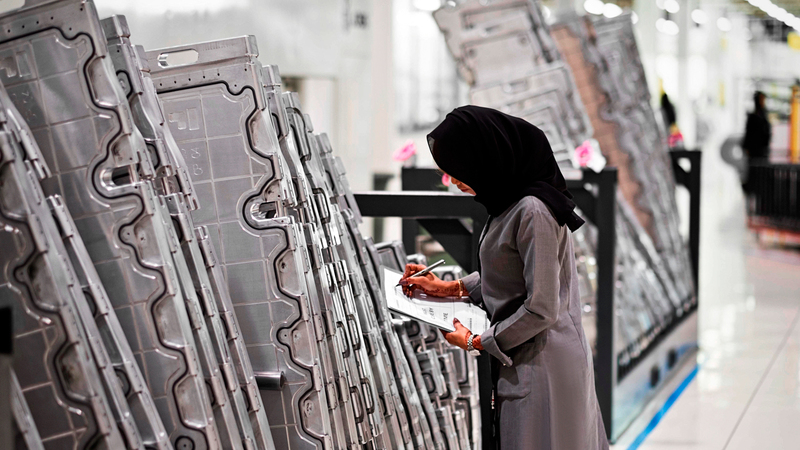 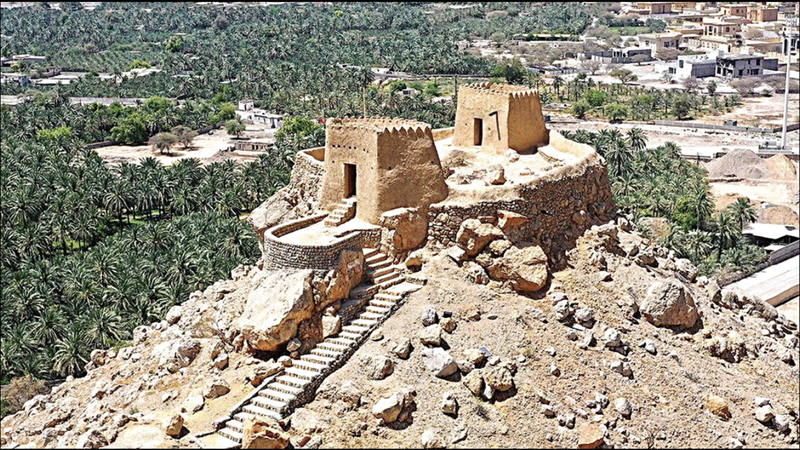 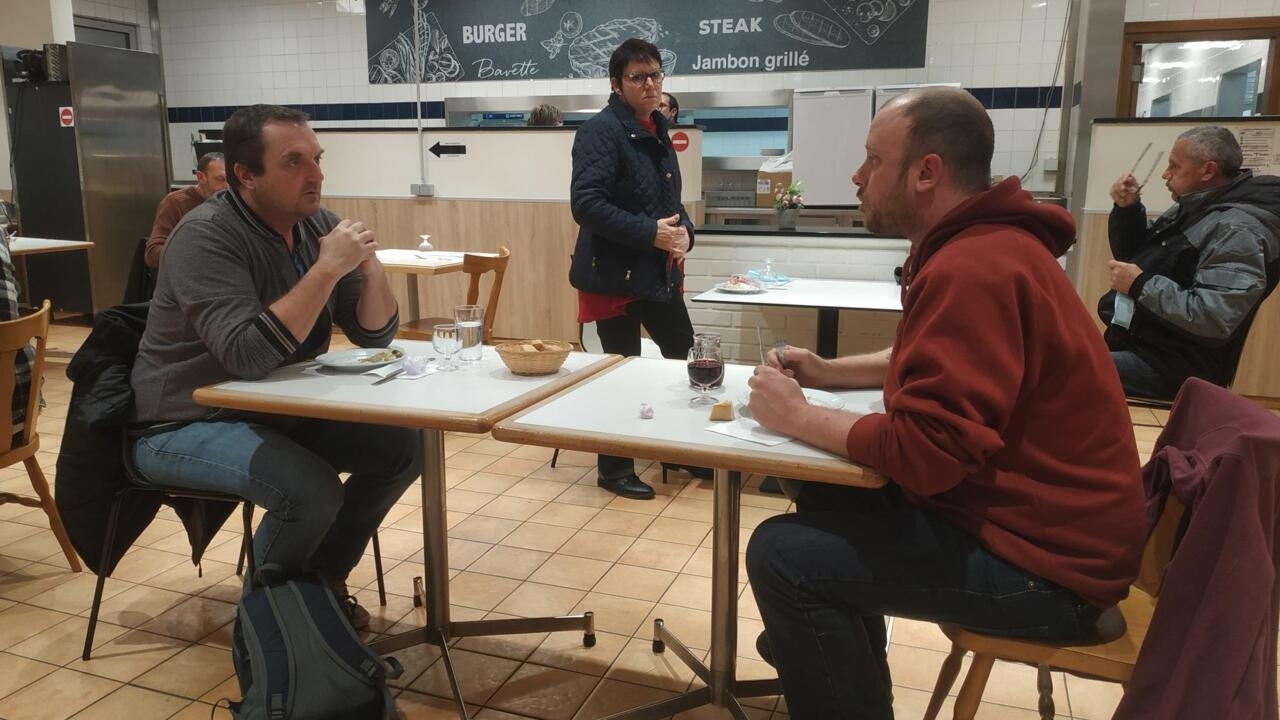