Haidilao cancelled the price increase! Will you bow your head to the hot pot, forgive it?

Haidilao's announcement stated that the price increase of Haidilao stores was a wrong decision of the company's management and hurt the interests of Haidilao customers. We are very sorry for this. As of now, the prices of food in stores in mainland China have returned to the standard before the store closed on January 26 this year.

Haidilao sent a letter of apology.

A few days ago, the topic of "about 6% price increase after Haidilao resumed work" appeared on the hot search. Some netizens said that the Haidilao consumer bills before and after the outbreak showed that "small materials and beverages have increased prices." Some people even calculated the price increase items: beef rose 6 yuan, beer increased 4 yuan, and shrimp slipped 8 yuan. , The duck's intestines rose 5 pieces ...

"Haidilao is so expensive now. I ate more than 530 yuan a meal for two people yesterday." "After the price increase, the service attitude is not as good as before." "Then I can only eat at home with retaliatory or take lunch." Even, There are also consumers worrying, "This is going to rise, and it will be difficult to lower it again." "I can only save money in retaliation."

Why did the price increase, the staff of Haidilao told reporters that Haidilao is currently reopening business nationwide, but the number of passengers received is limited, and the employees are not fully resumed, so the labor cost has relatively increased. The cost of some ingredients has also increased, so some stores have adjusted prices.

Due to the impact of the epidemic, the restaurant industry suffered severe losses in the first quarter. "The epidemic has caused more than 20,000 employees to be out of work, and the loan payment can only last for three months!" Jia Guolong, chairman of Xibei Catering, once caused public uproar.

In fact, in addition to Haidilao recently, Hi tea, fat brother and crab meat pot have also been reflected in price increases, and boarded the hot search. On the 9th, Xicha explained in response to the price increase of 2 yuan for various products, due to the increase in raw material costs. After Haidilao cancels the price increase, it is not known whether other catering brands will also cancel it.

However, the reporter noticed that after seeing Haidilao's cancellation of the price increase announcement, netizens have left messages on the Weibo. The most interactive message is: "It can be said that it is a management error. It is a good one. Support it. Wuhan Store When will it recover? "

In response, Haidilao replied that the opening hours of stores in Wuhan are uncertain, and some stores have begun to resume delivery.

In addition, some netizens said, "This is the customer-oriented Haidilao I know", "Okay, forgive you (lower your head to the hot pot)", "Good attitude, still support! The key service is also good and good Eat! "" Support, after all, I gave flowers. "

The reporter noticed that netizens also have different views on whether the price should be raised.

"I think the price increase is normal, and the cost of fresh cold chains and safe production costs have increased." "The loss during the epidemic was so great. In the sense of price increase, whether to eat or not is a personal choice. I apologize, I am confused ..." "It was expected to come down before, and Haidilao saved another wave of advertising costs."

At the same time, some netizens believe that "the price increase is the right of the merchant. It's my right to go or not to eat." "It doesn't matter how it goes up! It has been closed for more than two months, and I have learned a lot of cooking skills with Douyin. Art is not worse than the chefs of ordinary restaurants! "

What do you think of the price increase of catering brands such as Haidilao? Can you forgive me? 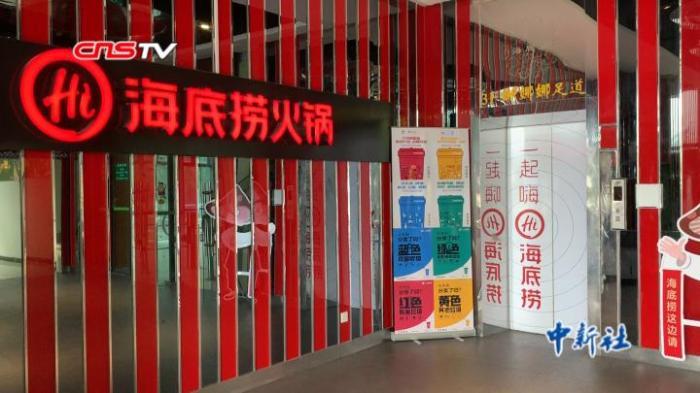 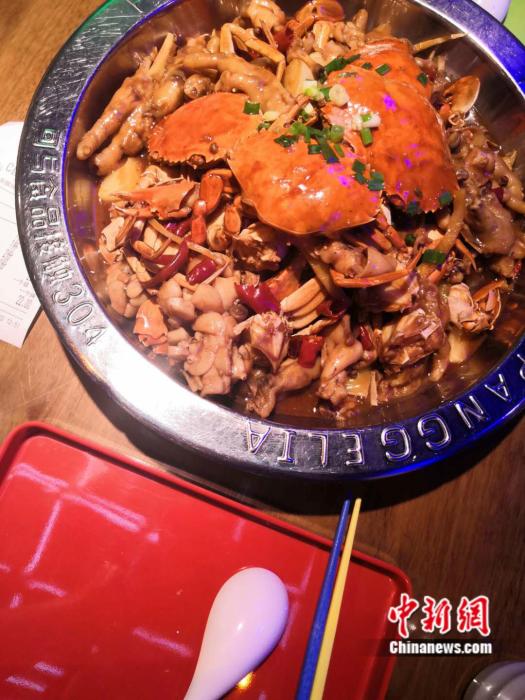 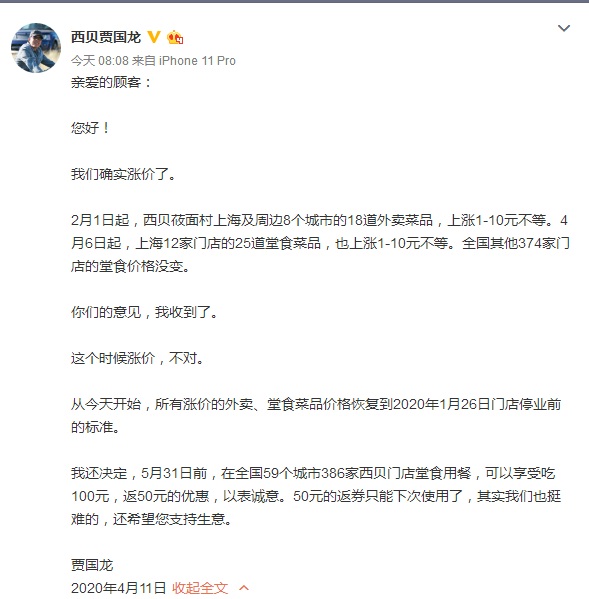 Business 2020-04-11T02:43:05.835Z
Xibei also apologized for the price increase after Haidilao: the price returned to the pre-stop standard 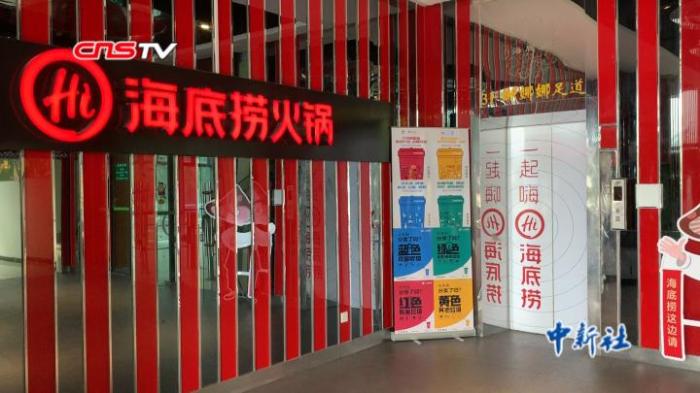 Business 2020-04-11T13:28:23.505Z
The price increases of Xibei and Haidilao have been withdrawn, and netizens shouted tea to copy homework 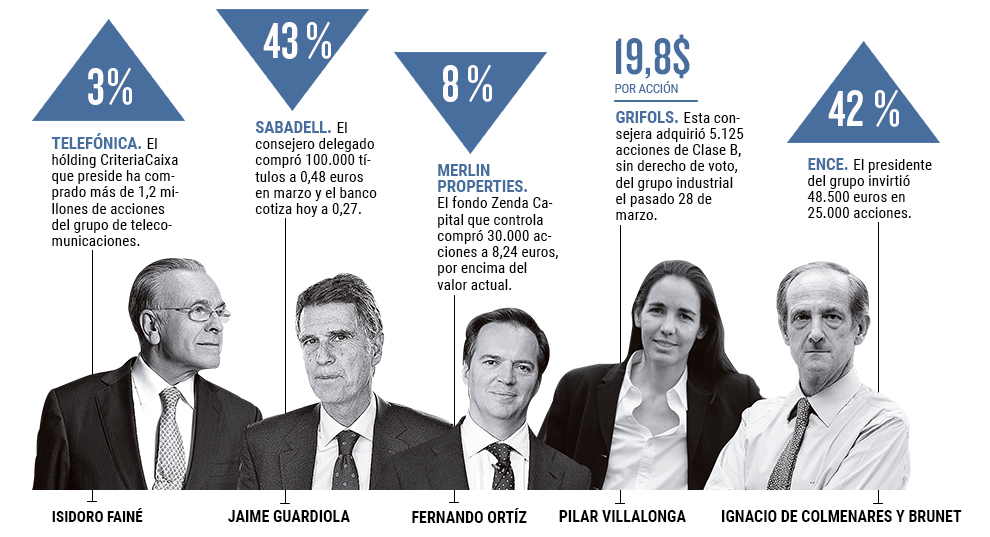 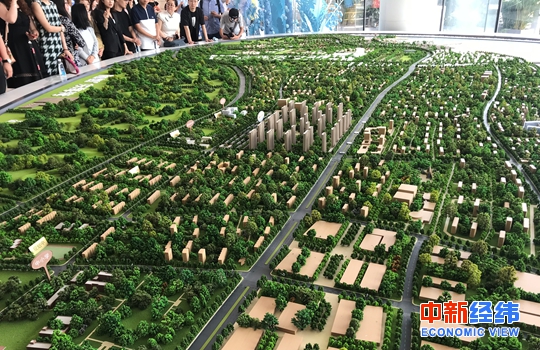 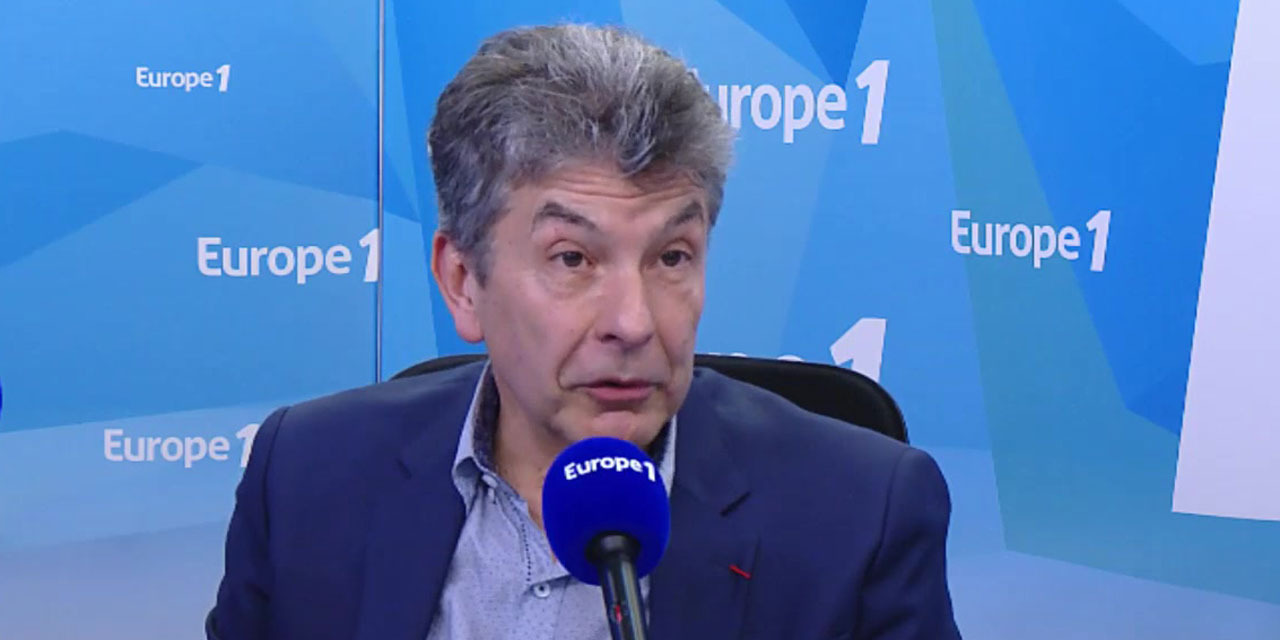